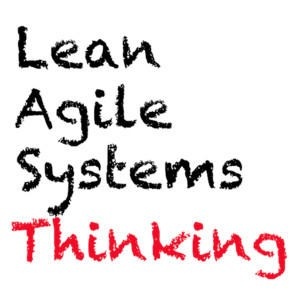 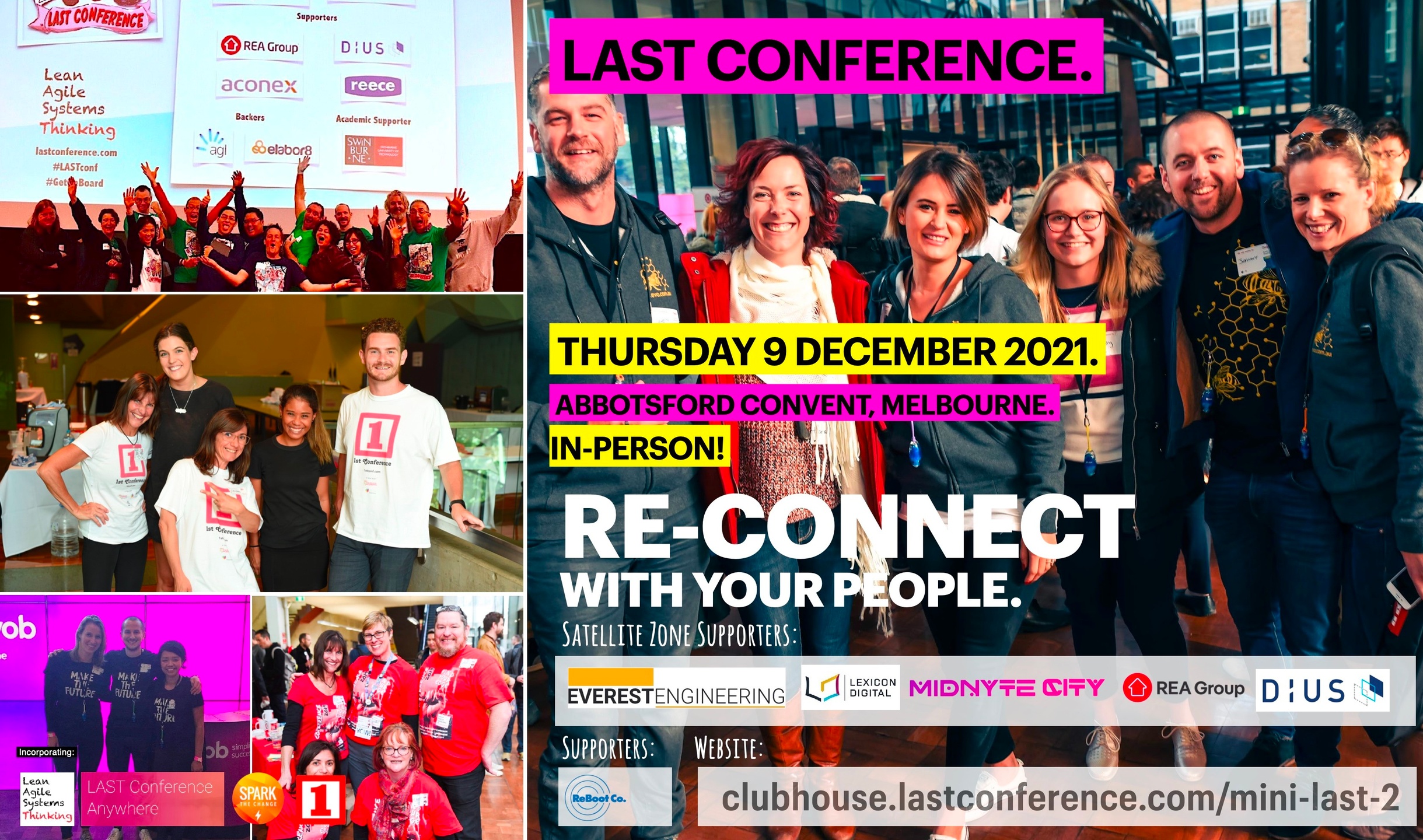 New date, expanded schedule, exciting new spaces. We can't wait to see you in-person again at our new venue at the Abbotsford Convent in Melbourne.

The 3rd and Final allocation of registrations opened today at 9am.

This is possible because of the Victorian Government's easing of restrictions on venues. Despite relaxation of the restrictions, we are still limiting our numbers to ensure the quality of interactions and to have enough space for everyone to feel comfortable. There will be less than half the number of participants, compared to previous years.

Once the 3rd Release is gone, no more registrations will be available. Every year since 2013, we've always reached our capacity, days or weeks before the event…so don't miss out.

In accordance with the Abbotsford Convent Covid Safe Plan

"All persons (ages 16 and over) entering the Abbotsford Convent Precinct must be fully vaccinated in accordance with Victorian Government Directions, unless a lawful exemption applies. Visitors will be asked to show their vaccination status when checking-in to the precinct." 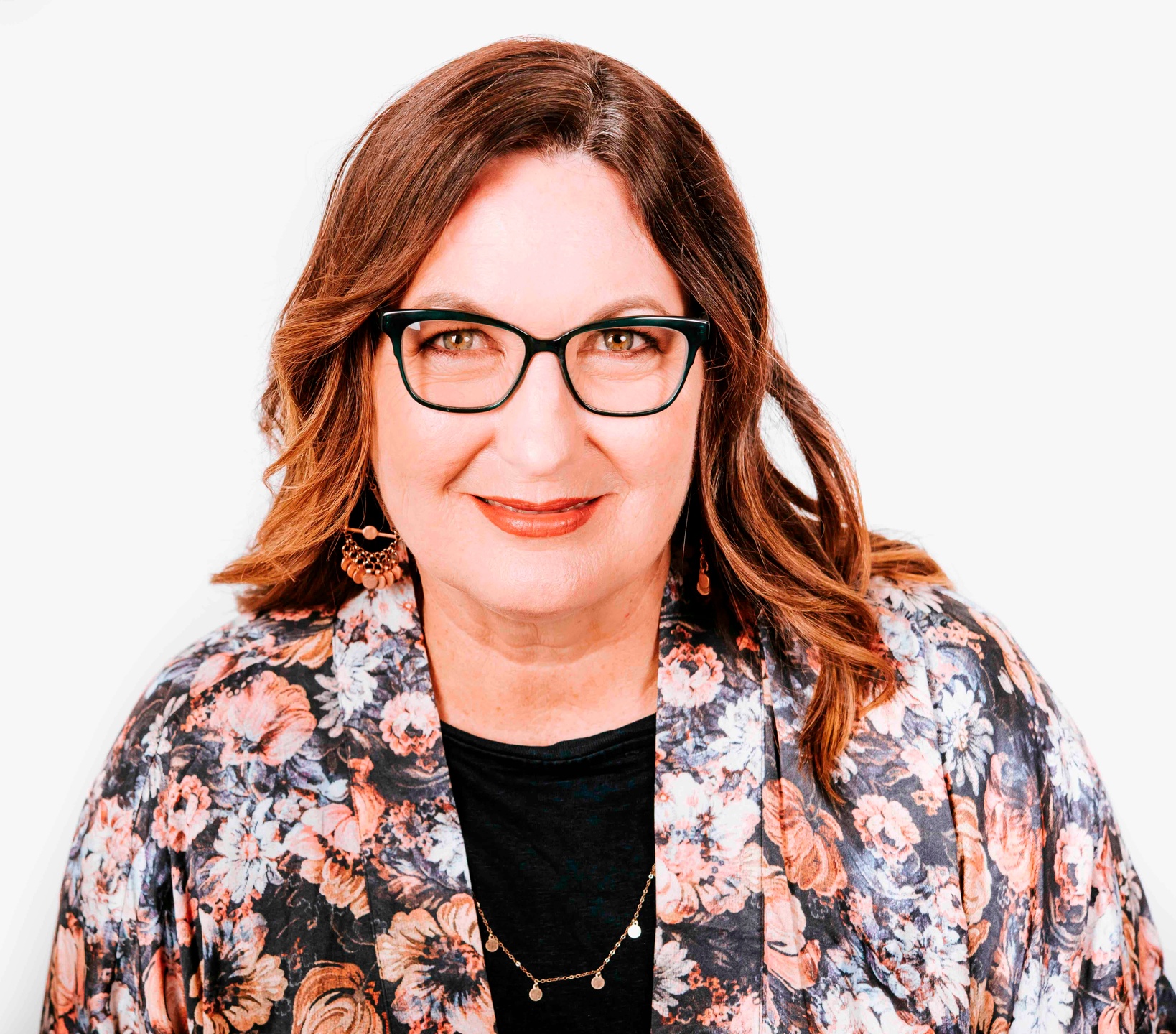 Struggling? Juggling? Drowning? Argh! These experiences of overwhelm can be a common part of a normal day or week in our life. Yes, the world can be an overwhelming place. We might have an emotional experience of being overwhelmed. We can experience the ‘too much on’ of workload - too much to do and not enough time in which to do it. Or we might feel like we’re submerged under an endless pile of information, reports, books and reading. At other times we can just be plain 'drowning in' it from a wicked combination of all three: emotions, workload and information. Overload and overwhelm isn't good for us. Burnout and health issues are waiting. We need to find ways to acknowledge our emotions, manage our workload, and filter all of that information. Our overwhelm CAN be outsmarted. Lynne Cazaly shares some new ways to make sense of overwhelm, new ways to work, and new ways to cope with information. You’ll be all over overwhelm… it won’t be all over you.

Not only is Lynne one of Australia's leading speakers on new ways of working, she's been involved with our community since our very first event in 2012. Lynne has done breakout sessions, speaker prep workshops and graphic recording at multiple events, but this is the first time we have had her front and centre for a keynote. 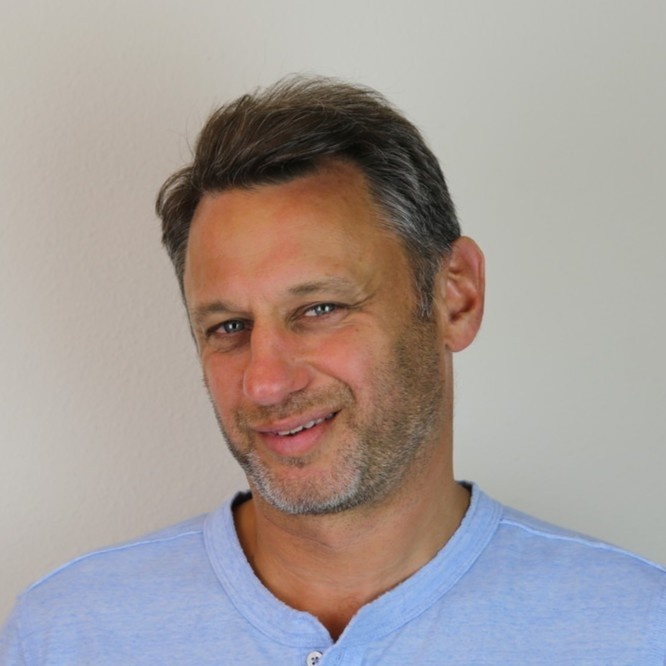 Joshua Kerievsky. The Joy of Agile

Joshua Kerievsky will join us, on-screen from California, to preview his upcoming book, Joy of Agility, which is to be published in 2022. It reflects over two decades of experimenting, learning, unlearning, and reflecting on the nature of agility — including helping Industrial Logic and its global clients become more agile, applying agility to home repairs, health, fitness, parenting and more.

Joy of Agility will feature 6 powerful agile mantras and over 100 unforgettable stories of real people, teams and organizations that made slow and awkward things faster and easier, solved difficult problems by being readily resourceful, and adapted to change with speed and grace. He says that it will be your definitive guide to agility, meant for people in any profession who aspire to be agile.

There will be a chance for Q&A, so bring your questions!

A love for computers and his father's work in “data processing” inspired him to get into software at an early age, studying computer science in Middle School and High School. He went on to study liberal arts at a tiny school named Saint John’s College in Santa Fe, New Mexico.

During a year off from college, he began programming professionally for a Wall Street bank, then working for that bank through and after college.

In 1996, he founded Industrial Logic with the vision of sharing the “light and magic” of excellence in software development, and he became an early pioneer of the agile/lean movement in the software industry.

He holds zero certifications, preferring to continue to learn about and improve his craft in other ways. Joshua is the author of Refactoring to Patterns and the instigator of the Modern Agile community. 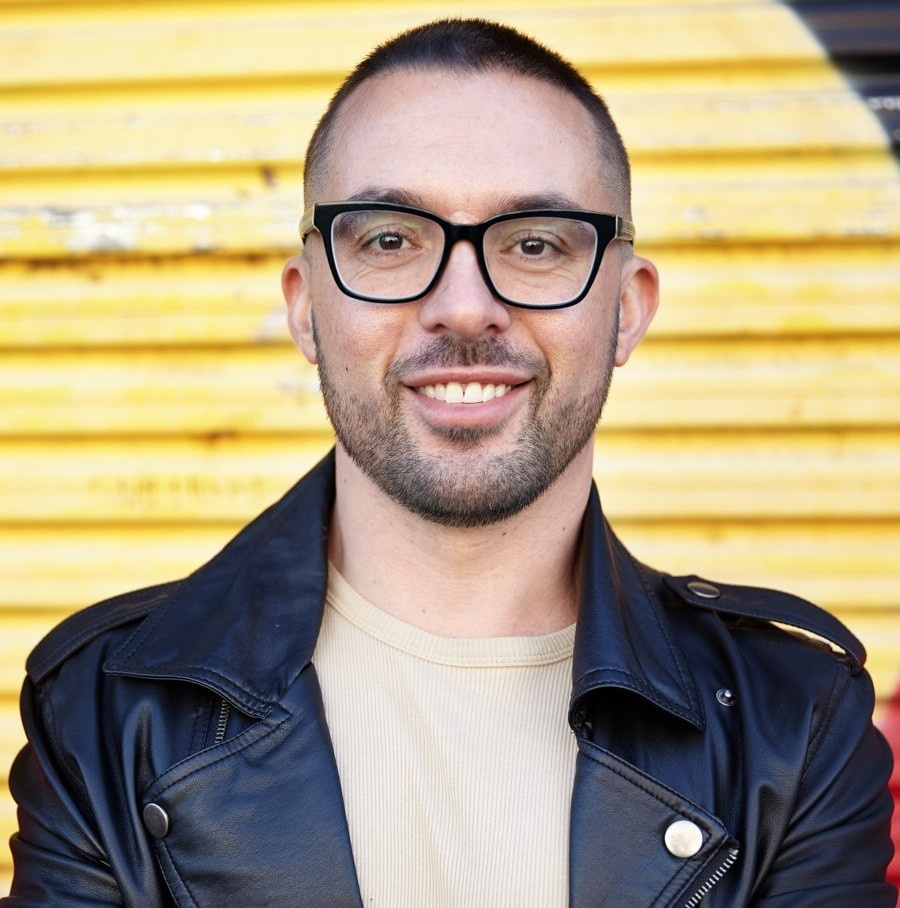 Mitch will outline the role Indigenising business education plays in creating more ethical, sustainable and just businesses, where the focus is not just about the work of the firm but the opportunities for change and collective outcomes. Mitch will draw on his experience working with Indigenous Business Leaders,  Indigenous thought leaders, and Communities & share ways in which Indigenous ways of doing business can benefit the wider community.

Mitch is a First Nations Wiradjuri person, privileged grow up on his ancestral Country in southern NSW. He now resides on Wurundjeri territory in the northern suburbs of Naarm(Melb). He's an academic with the Dilin Duwa Centre for Indigenous Business Leadership at the University of Melbourne & Program Director of the award-winning MURRA Indigenous Business Masterclass. Mitch is an avid believer of pragmatic self-determination through collective engagement with economies. He is currently undertaking a Ph.D. at the University of Melbourne which seeks to understand the discursive and performative elements of Indigenous Business Leadership.

You will have the opportunity to choose from a total of 20 in-person satellite talk/workshop sessions. These will be held in spaces that are hosted by our Supporters.

There are only a couple of extra sessions to be annnounced.

In the spirit of our events, most sessions will be facilitated by LAST community members. 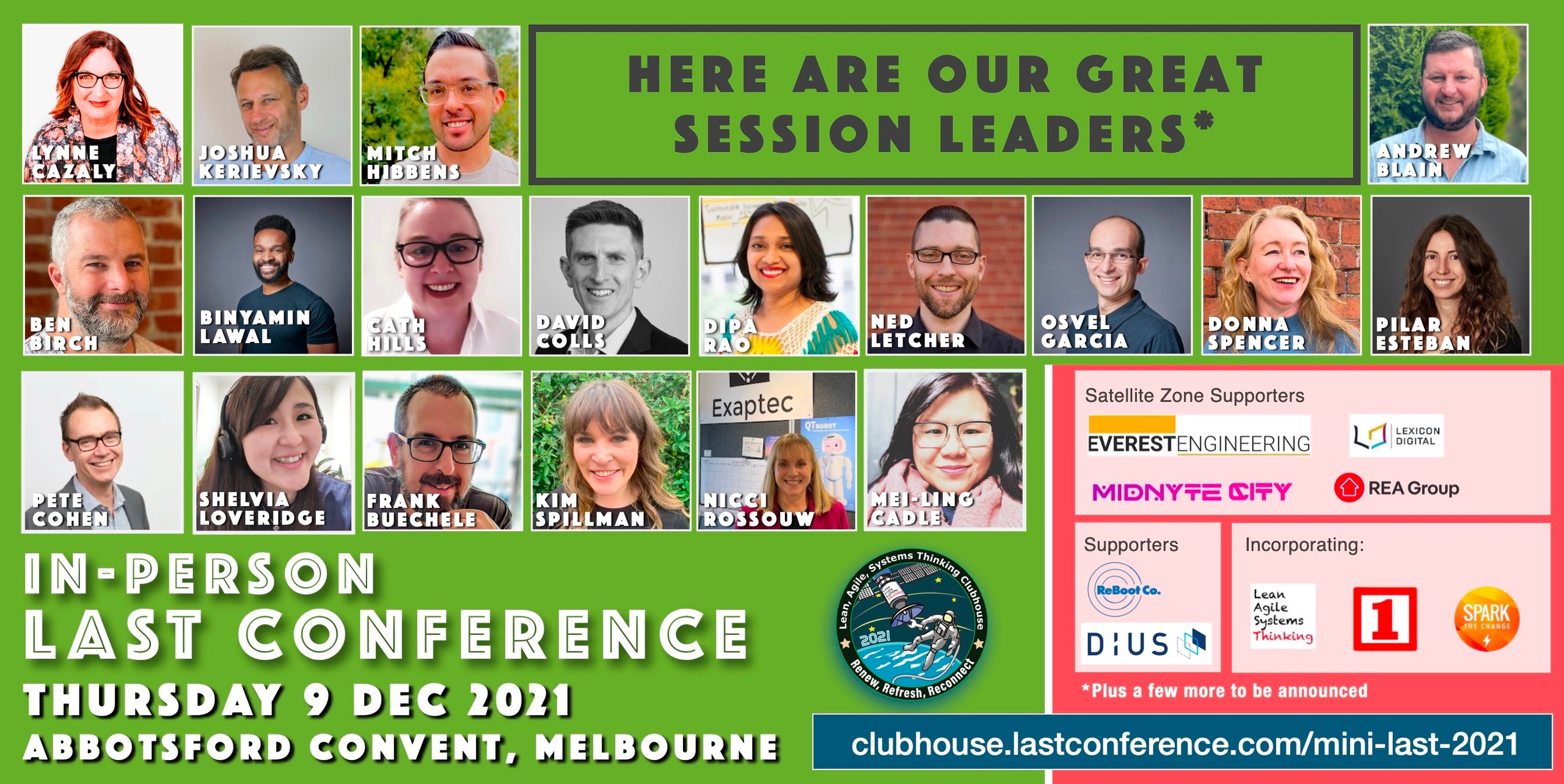 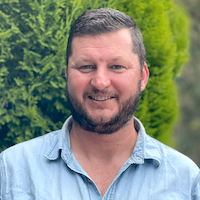 Are your teams configured to support your strategy?

Andrew Blain is a founder of remoteaf.co, the world’s first framework for effective remote working, and elabor8.com.au, one of Australia’s leading lean/agile consultancy. As a successful founder, technology leader and company director with expertise in strategy, organisational design, complex facilitation and adaptive leadership, Andrew offers a unique perspective on the future of work. 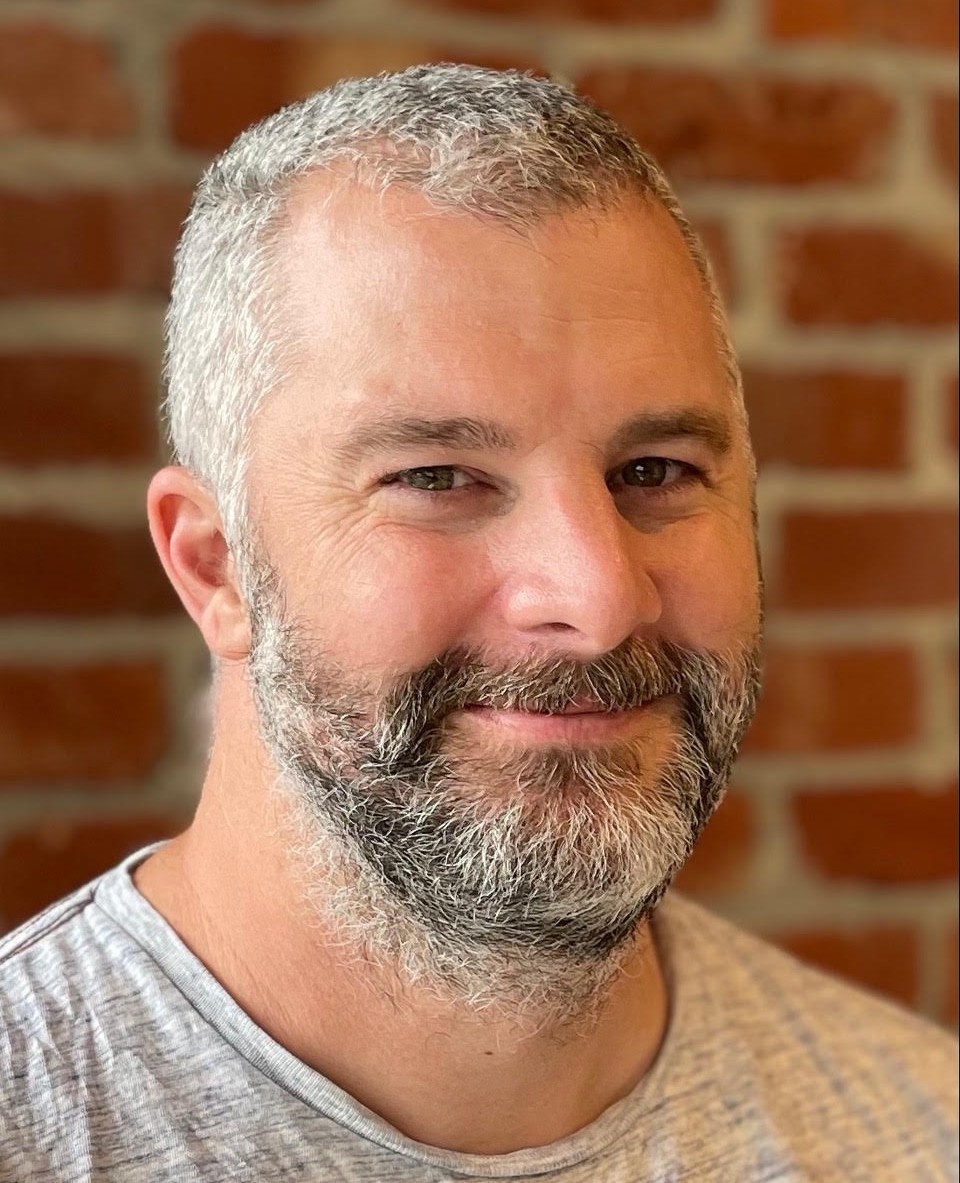 Ben will share stories about the culture working at Facebook where he has been a User Interface Engineer for 3 years and spent much of this time working in London.
There will be a focus on agile at Facebook and the specifics about the technology used.
Ben will allow plenty of time for questions!

A little more about Ben Birch...
"In 2017 I packed up my family and move to London to be a UI Engineer at Facebook. We travelled and learnt and it was a wild ride. Before that I was global front end practice lead at Aconex in Melbourne. I have a passion for working at the boundary of design and engineering and improving the relationship between humans and technology".

Engage in a hands-on simulation to draw learnings on fundamental Lean concepts through the use of a coin-flipping game. This exercise will provide participants with an opportunity to reflect on how changing the rules of a given system may or may not result in more value being created. 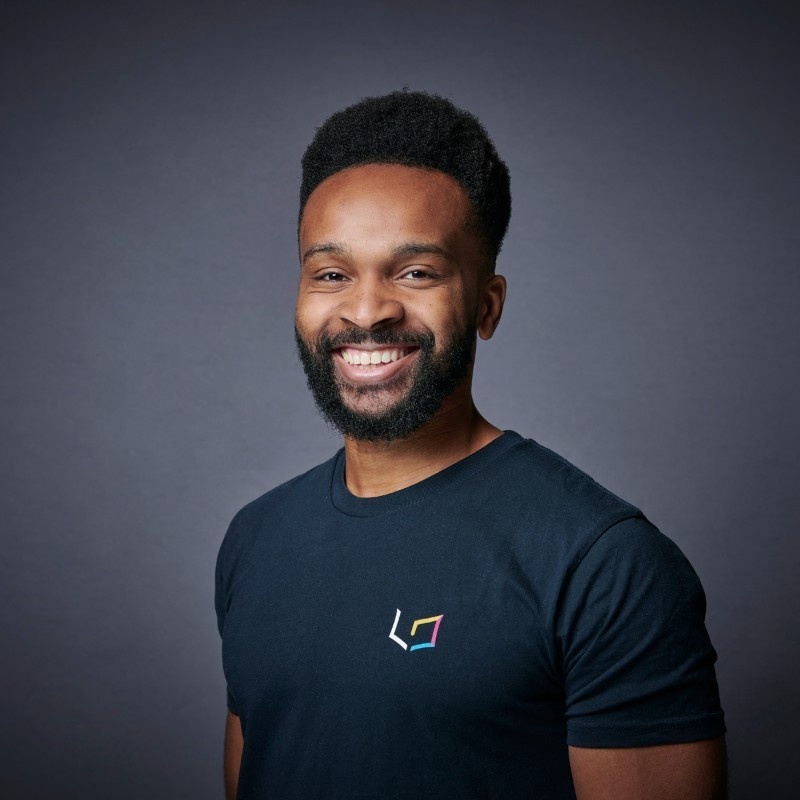 Binyamin Lawal
Binyamin is a passionate Agile Delivery Lead who has worked across many industries and organisations including Suncorp, Industrie & Co, Coates Group and Lexicon Digital. Bin thoroughly enjoys leading effective and collaborative teams to deliver great value and customer experience. Bin has a strong focus on product and system growth as well as continuous improvement. He is a true advocate for lean and agile ways of working. Bin is delighted to take you through the ‘coin flipping lean simulation’. 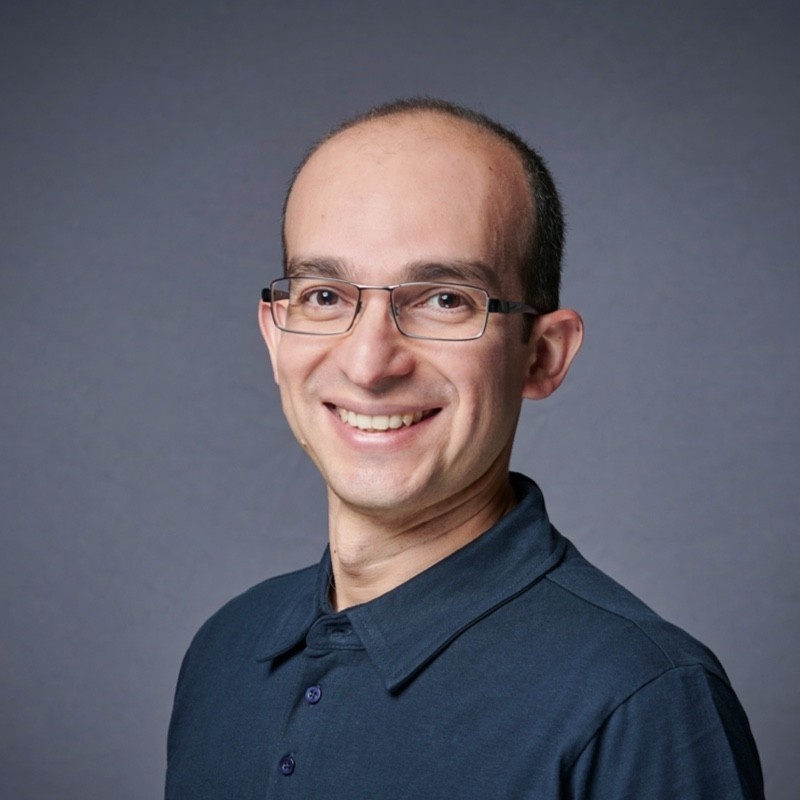 Osvel Garza
Osvel is a well-versed Agile Delivery Lead with over 20 experience in the IT industry. Osvel has worked for many reputable organisations including Australia Post, REA Group, Colonial First Estate and most recently Lexicon Digital. Osvel has extensive experience leading cross-functional teams to solve complex problems. He is extremely passionate about agile ways of working, team dynamics and system improvements. Osvel will be joining Binyamin to take you through the ‘coin flipping lean simulation’. 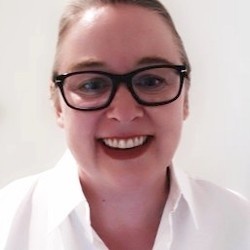 Cath is a passionate and curious ‘pioneer.’ who leads teams and initiatives to success. Her skills in strategic direction, problem solving, catalysing and brainstorming, are well established with strong industry knowledge, vision and delivery leadership. She helps stakeholders and teams see the big picture, possible pathways and deliver a vision in small bite-sized steps.

Her background is almost two decades in technology. Cath’s primary specialisation is design in digital and software engineering, UX, CX, service and human-centered design, product and service discovery and delivery, along with close to a decade in social research specialising in both commercial and academic roles. She is also an experienced lean and agile practitioner and design thinker. 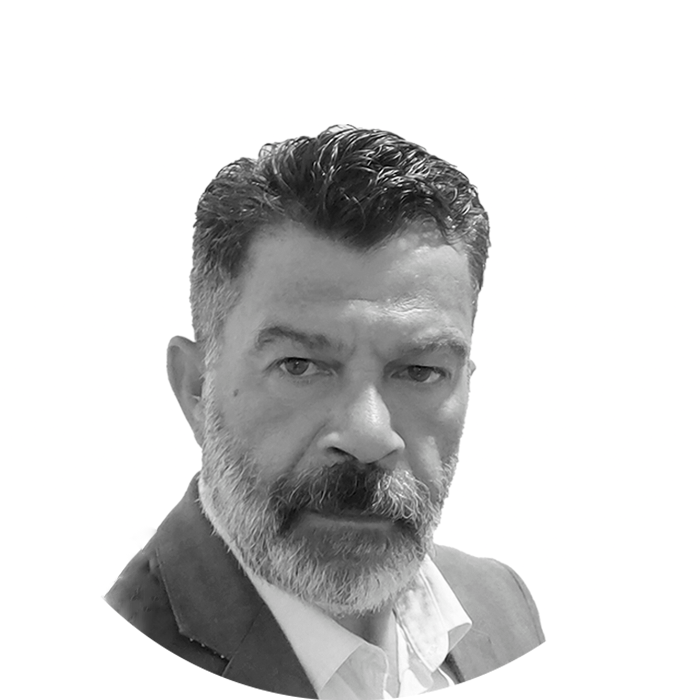 Darren will show us how he makes use of data analytics tools to give the Aboriginal people the skills to to govern the collection, ownership and application of data about Indigenous communities, peoples, lands, and resources. This concept of Indigenous Data Sovereignty  promotes the rights of Indigenous nations over data about them, regardless of where it is held and by whom.

Darren is a Badimia man from Yamatji country in the mid-west of Western Australia. He is the Director at Notitia Consulting, a leading data analytics & digital transformation firm that solves real world problems by building conceptual information models that align any analytical output to the right user. This is an extension of commonly used information access models, and they feed this into any of their outputs. 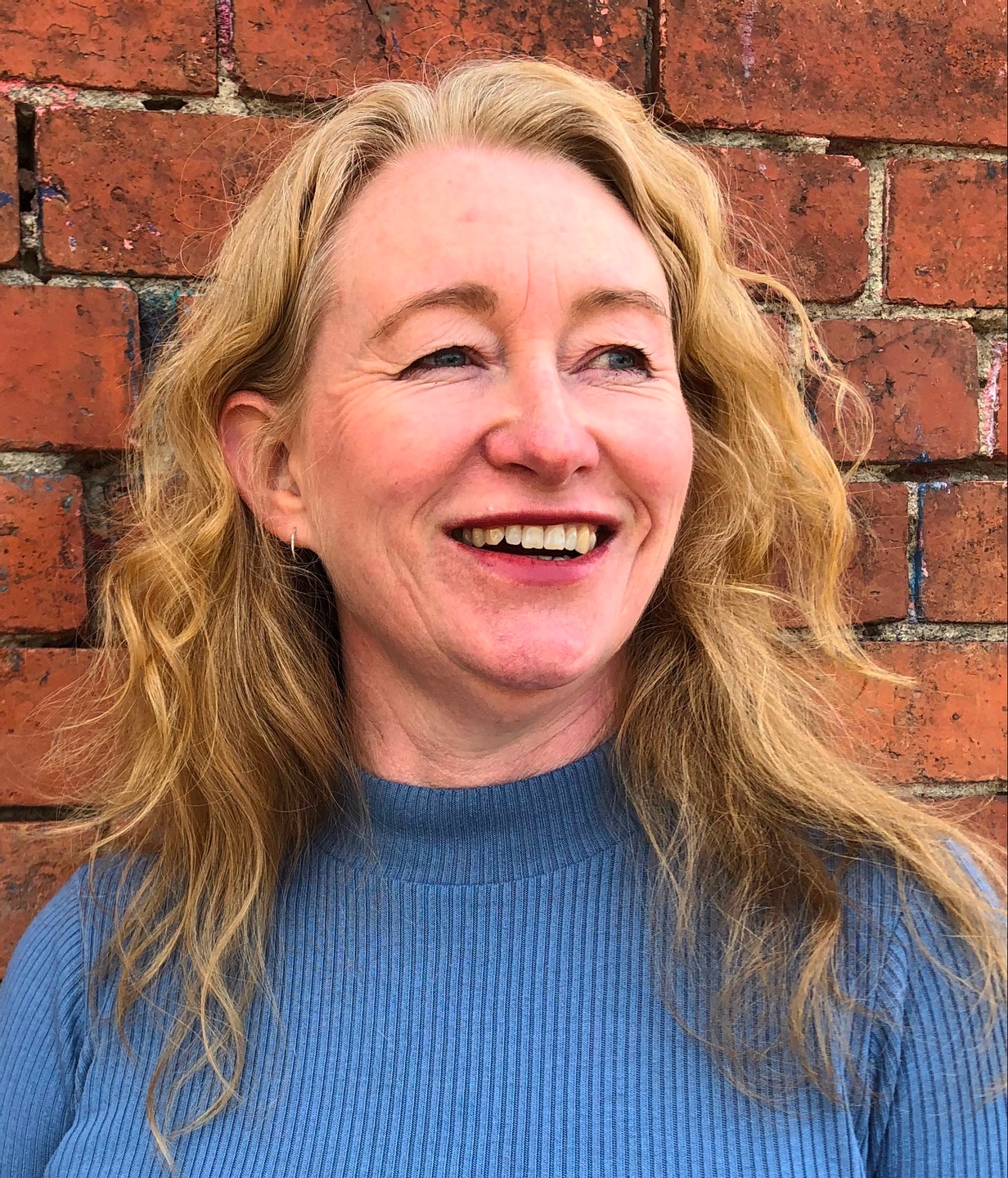 Donna is an independent design consultant. With 20-ish years experience, she has expertise across the entire design spectrum – from strategy to delivery and everything in between – and loves all of it. She has designed for a wide range of problems across all kinds of industries, with a particular emphasis on information architecture and complex employee experience problems. Recognised internationally as a leading UX practitioner, Donna is a regular conference speaker and has written five UX-related books. She created UX Australia and ran it for 9 years. 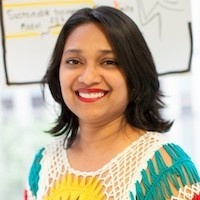 Dipa currently works at Australia Post as Product Experience Manager. Once called the 'Queen of Surveys', a title she relishes and strives to live up to, she's worked as a BA, Iteration Manager and Agile Coach through her career. She got a taste for product management during her consultant days in 2016 and hasn't looked back since. Her previous job saw her sift through tonnes of positive, negative, overwhelming, alarming and in equal measure, hilarious customer feedback where customers sometimes advocated for her sacking. Luckily, she doesn't always act on customer feedback, and neither should you.

Dipa is passionate about gender and equity, and you will occasionally find her tweeting about it. Alternately you'll find her in a nursery or Bunnings. She is currently a plant collector and a wood-working enthusiast, two hobbies that - oh look! - come together to make a self fulfilling positive loop. 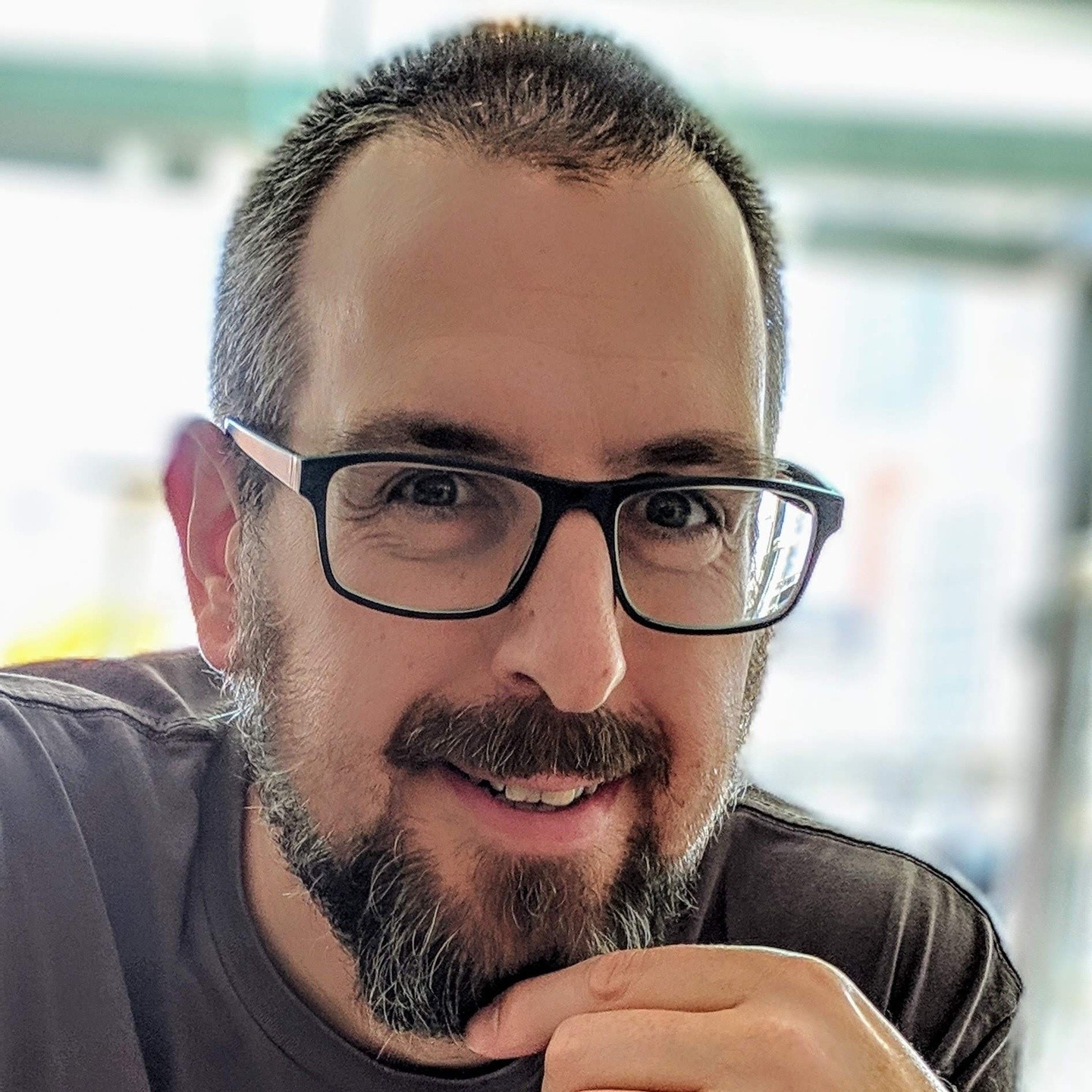 Are you ready to bring your toys to the office? One of the most important skill sets needed by our organisations today is creativity. But are we exercising that muscle as much as we can?

Join Frank Buechele and learn to use the LEGO Serious Play method to build physical models of your ideas and synthesise them with ideas from other participants. Use this method to explore what cards, games, toys and other creative tools are being used - or could be used -  in our organisations. Leave the session with some strategies to introduce more creativity in your workplace through play and gamification 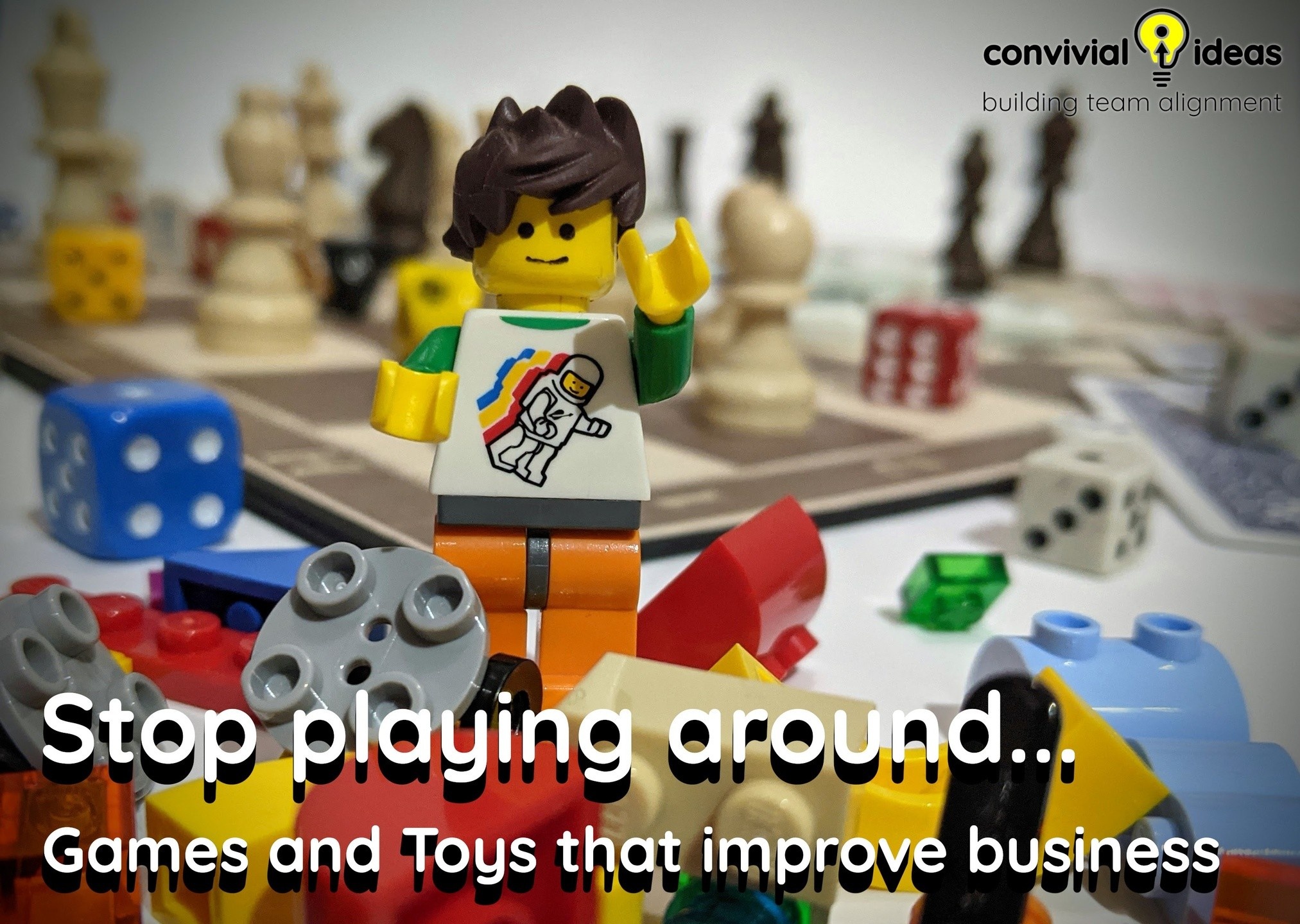 Kim Spillman. Why aren’t we getting better at this? Health, metrics and psychological safety