Steve Mitchell introduced us to Norman after having travelled to the USA to do a course with him and also going to Japan to take part in one of his legendary Lean Study Tours.

Known as the “Godfather of Lean”, Norman Bodek was an educator, consultant and a publisher of more than 250 books.

We were very lucky to have him talk at LAST Conference Melbourne 2017. He also did versions of this talk for Canberra and Brisbane, but he particularly brought the house down with this version in Melbourne.

In his book, A Miraculous Life, he mentions us specifically:

I gave a workshop to a conference in Melbourne, Australia, over Zoom…I probably gave the best speech of my life, for I received many letters of praise.
Bodek, Norman. A Miraculous Life: An Unending Search for Freedom .

We have just uploaded a recording of this talk on the Free Member Library of the Clubhouse (a short clip is at the top of this post). In addition, Full Members have access to this recording as well as all the other recordings of sessions we have done with Norman.

We haven't published the full recording of this ever…we had planned to do so in the new year.

In 1979 he started Productivity Press and was responsible for bringing legends of Japanese Lean Manufacturing, such as Taiichi Ohno, Shigeo Shingo and Ryuji Fukuda, to the notice of the English speaking world through the publication of their books. He's also been inducted into Industry Week's Hall of Fame, and the American Manufacturing Association's Hall of Fame.

He started the Shingo Prize at Utah State University, going on to win a "Research and Professional Publication Award" in 2005 in those same awards. Other winners include Jeff Liker, John Shook, Jim Womack, and Henry Ford! He has taught a "Best of Japanese management" course at Portland State University. He was constantly discovering new techniques and principles, particularly from Japan.

He had travelled to Japan something in excess of 80 times, from Vancouver, Washington. This year, at the start of COVID-19 he went again to Kirishima in Japan, with his wife Noriko Hosoyamada. In Aug/Sept, , they sold their US house and moved to Kirishima.

In 2020, he appeared on the LAST Anywhere and LAST Clubhouse schedule several times, on his own and also with Kazuyoshi Hisano, Christophe Makni and Ahmed Avais, who we are appreciative to have been introduced to. You can see some of the other recordings of sessions that Norman has been part of with us, in the Clubhouse archive.

His latest idea was a "digital library" and virtual study groups that he was running, based on his trove of documents he collected over 40 years and also with people in his network that he was forming into the NK Institute of Human Advancement, with Kazuyoshi Hisano.

His passing was surprising and shocking because, in spite of his age (88), he seemed extremely energetic and still full of ideas with which to improve the world. 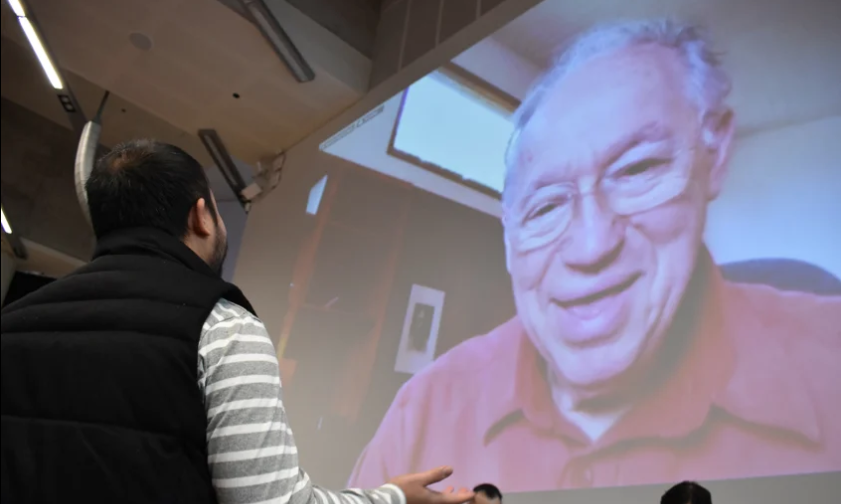 You can join the Clubhouse now…